Silo busting for innovation and agility

Fiefdoms, factions and silos form as a result of the human tendency of aligning with others ‘like us’. Traditional organisation structures and measurement methods turbocharge this tendency, leading to local optimisation at the expense of organisational innovation and agility.

I cut my consulting teeth as a member of one of the world’s leading open innovation professional service providers, working for mostly high-tech client businesses throughout Europe, Asia and the US.

All of them needed help of one kind or another with silo-busting..

A common problem in high-tech firms is inadequate cooperation between Marketing, R&D and Operations. Seamless cross-functional working may be the intention but functions often fragment into fiefdoms, factions and silos that see “us” as different to “them”.1

These “us” & “them” attitudes are amplified by the way we’ve traditionally structured our organisations as separately measured silos, each with its own manager. The manager’s job is to maximise the performance of their silo. This is generally encouraged by a combination of formal and informal reward systems that set silo managers up to compete against each other for salaries, bonuses and promotions.2

It’s hardly surprising that given this setup, the “us” and “them” silo mentality gets worse over time through the self-reinforcement that comes when people ‘breathe their own exhaust’. The net result of this mutual mistrust is ever more mistakes and missed opportunities, undermining any efforts to build an innovative agile organisation.

One of the most obvious symptoms of silo mentality is that people describe colleagues in other parts of the organisation as ‘unprofessional’, ‘incompetent’, ‘untrustworthy’ or worse.

So long as such attitudes persist, any silo-busting efforts aimed at improving innovation and agility through greater cooperation and collaboration across internal boundaries inevitably degenerates into win-lose factional battles and eventually to organisational stalemate.

Organisations often attempt silo-busting by changing organisational structures and/or metrics. But rejigging the structure or revamping the ‘scorecards’ just replaces one set of silos with another.

A similar problem occurs when organisations resort to other bolt-on ‘solutions’ such as innovation labs, digital platforms and outside ‘creative ideas’ agencies.

None of these approaches helps enable, encourage and embed an organisation-wide culture of innovation in which people explore, experiment with and exploit new ways of creating new value without ending up bogged down in internal ‘turf’ battles.

Changes to structures and metrics are often necessary but these need to emerge as outputs from improved ways of working across internal boundaries, rather than as inputs to try and make improvements happen.

Ultimately, silos are created, sustained and reinforced in people’s mindsets.

Getting people to cooperate and collaborate to co-create new value depends on people in different areas, functions and factions operating from a silo-busting mindset that genuinely values, respects and actively seeks out the different perspectives of others.

A much more effective approach to silo busting is to start by improving cooperation and collaboration between people who see things differently by encouraging the wider adoption of ‘2D3D’ innovative mindsets. 3

In the past, when the pace of organisational change was far more pedestrian and the ‘psychological contract’ was based on the expectation of a whole career spent with the same organisation, people learned to appreciate the different 2D perspectives of others through career paths that gave them experience in various different parts of the organisation. 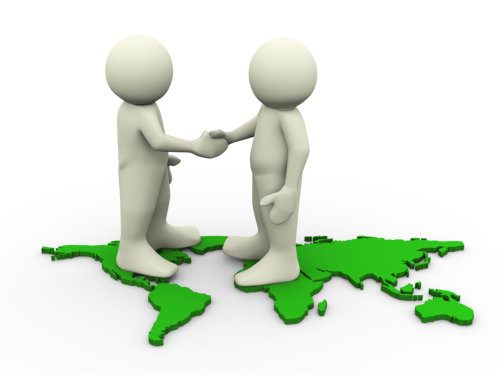 This worked well enough in organisations that did well based on a culture of conformance and stability. But today’s organisations need a culture of innovation and agility if they are to survive and thrive in a world that’s increasingly volatile, uncertain, complex and ambiguous (VUCA).4

This requires a whole different approach because innovation and agility are organisational capacities that cannot be designed, but must be cultivated. 5